Microalgae have been around for millions of years. They play an essential role in the CO2 cycle and form the food base for all marine life. Some of them are less related than humans and mushrooms. The sizes range from 1µm to 400µm. This corresponds to a difference in size from fish to Eiffel Tower.

Microalgae are a very diverse group of microorganisms that do photosynthesis and are widespread worldwide. Due to differences in structure, they are not considered to be higher plants. You can find them in the air, but above all in fresh and salt water. They differ in color, shape, size or metabolic products. Only a few 10,000 species are known to date. However, it is estimated that there are still around 150,000 undescribed algae strains worldwide. Of the species known to date, around 20 are used today for the industrial production of ingredients for food supplements and animal feed, care products, oils or pharmaceuticals.

Microalgae are often confused with cyanobacteria. The latter are also incorrectly referred to as ‘blue-green algae’ and are often found in so-called algal blooms. Their bluish color pigments give them their cyan appearance. Since they are bacteria (prokaryotes) that do photosynthesis, they are not considered to be microalgae (eukaryotes). However, they are already used for industrial purposes (e.g. Spirulina).

50% of the world's oxygen is made by microalgae

50% of the world's carbon dioxide is absorbed by microalgae

The use of algae is of interest because they can produce a very broad repertoire of substances that are used in a variety of ways. Since the algae absorb CO2 and produce oxygen via photosynthesis, they are considered a particularly sustainable raw material. Compared to conventional plants, they take up less space, can grow in dry areas or in salt water and do not require pesticides. Due to their plant-like amino acid spectrum, they can e.g. can be used as a feed additive and thus contribute to a reduction in soy production. The algae can also produce fats that can be used instead of palm oil, for example.

In addition, algae ingredients can be used as an equivalent to animal products and are therefore also interesting for vegans. Examples are omega-3 fatty acids (often from fish oil), squalene (often from shark's liver oil) or astaxanthin (often from Antarctic krill). All of these substances can also be produced naturally with microalgae.

In order to make the potential of the microorganisms usable for humans, a considerable amount of algal biomass has to be produced. The microalgae are grown in a nutrient solution under partially controlled conditions. Cell division creates more and more biomass. Ensuring the purity of the algae culture is important for later usability.
Various cultivation systems are used for biomass production. Some types of algae can be cultivated well in open pools, so-called Open Raceway Ponds (picture left). For some microalgae species, special growth vessels first have to be developed. For example, closed glass tube systems (picture on the right) or semi-closed bubble columns (picture in the middle). The entire process of biomass production is called upstream.

In the subsequent downstream process, the biomass is separated from the water and processed further. These processes are technically very complex and expensive. Centrifuges or filtration techniques are often used for harvesting.
The harvested biomass is digested, dried and, if necessary, extracted in the next steps. For the extraction of astaxanthin, for example, supercritical CO2 is used, which does not form any residues in the later product.

The first cyanobacteria emerged about 2.4 billion years ago. It is believed that it was these organisms that led to the Great Oxidation Event. This is due to the rise in atmospheric oxygen in the atmosphere to today's values. Previously it was less than 1%. And even today, phototrophic microorganisms are still responsible for approx. 50% of the oxygen produced worldwide. Likewise for about 50% of the world's fixed carbon dioxide. Some of them, the so-called haptophytes, can even completely remove the carbon from the cycle for a long time and thus counteract the increase in CO2 in the atmosphere. When these microorganisms die and sink to the bottom, they form sediments on the sea floor. This is how today's oil deposits came into being over millions of years. Ancient microalgae biomass, so to speak.
In order to better imagine these enormous amounts of algae biomass and their influences, the picture below shows a summary of 20 years of satellite images from NASA, which shows the increase and decrease in vegetation on land and in the sea. The growth of microalgae and cyanobacteria is shown in turquoise. Yellow and red colors show a high biomass concentration (algal blooms).

Scientists have been trying to recreate the process of fuel production using microalgae for many years. Quasi to shorten the natural petroleum formation process in the laboratory to a few weeks or months. The resulting biofuel is CO2 neutral. And it works! Cars and even planes have been successfully tested with this biofuel. However, since the manufacturing costs are too high, it will still take a while until there is possibly a green alternative made from algae. However, with the increasing scarcity of global oil resources and social change towards a sustainable bioeconomy, the new fuel could soon gain momentum. 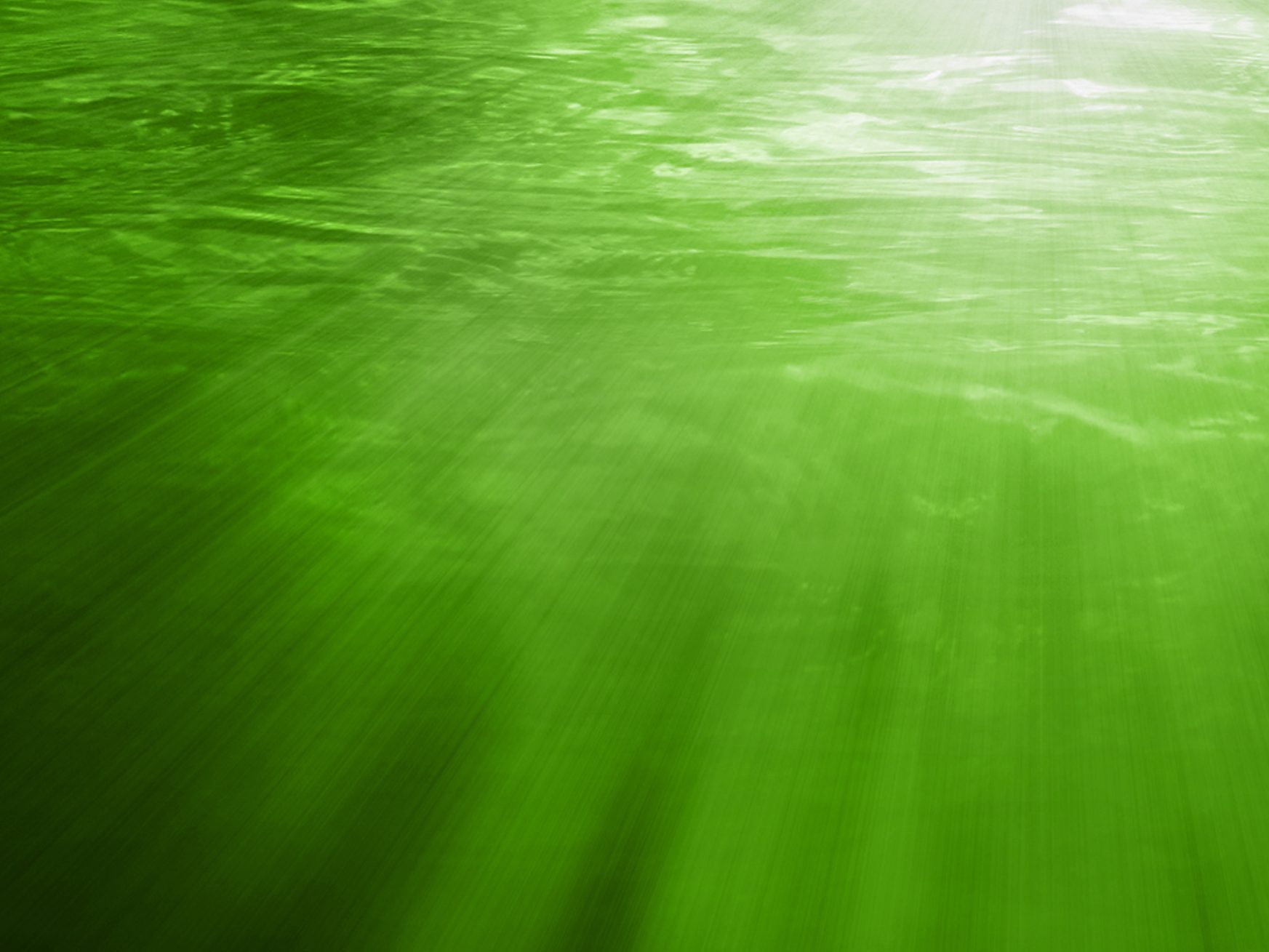